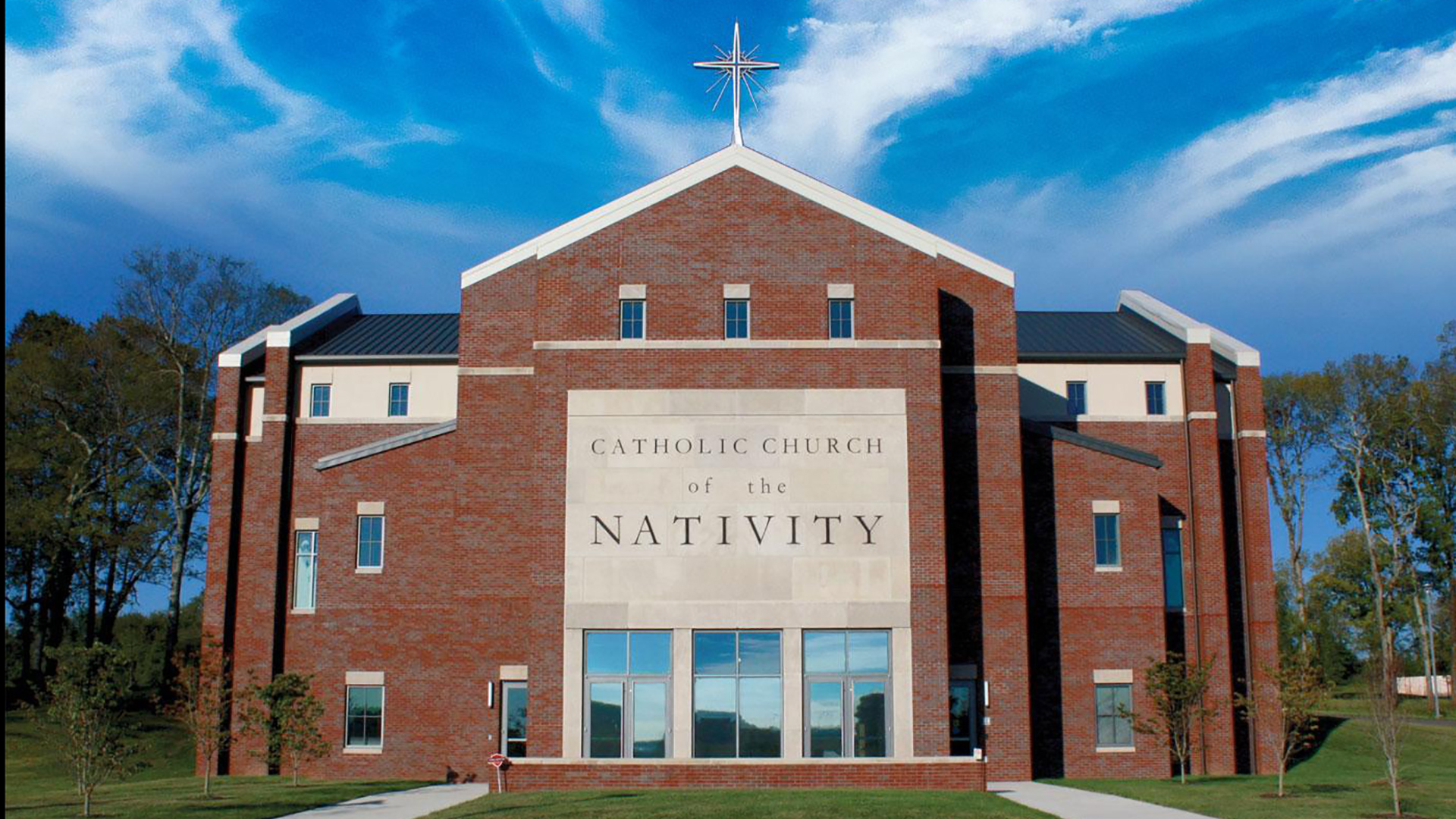 Fr. John Kirk, the founding pastor of the Catholic Church of the Nativity traveled from his assigned parish of St. Philip in Franklin, TN to seek out a growing number of Catholics in Spring Hill, TN. Eventually, space was procured in a local strip mall and the diocese gave permission for the new parish of Nativity to be established. The first Mass of Nativity parish was celebrated on Christmas Eve of 2008. Nativity grew and flourished under the guidance of Fr. Kirk, to whom a great debt is owed. The entire parish stands as a tribute to his tireless efforts to grow the Church in Middle Tennessee

The growth of the community saw the need for a permanent building. Therefore, after much planning and conversation, Nativity launched the Promised Land effort to accrue money for land and a dignified edifice for the honor and glory of God. In September of 2012, the community was able to purchase 20 acres of land and plans were set into motion to design the physical building of Nativity.

Over the next two years, funds were gathered to secure the finances for the church and ground was broken in 2014. Attention was made to offer a building for worship, education and socialization. In 2016, Nativity Catholic Church celebrated its first Mass in the newly erected building. The principle celebrant was Bishop David Choby with Fr. Kirk con-celebrating. The new building began its official use on Palm Sunday of Holy Week.

Today, Nativity has seen the retirement of our initial pastor who served his tenure for 10 years as pastor of the growing community and the appointment of Fr. Jerry Strange as pastor of the community. The community continues to grow with the inception of many programs for education, outreach and worship including adding 2  cres of land adjacent to the church with a house to be used as a rectory, the establishment of the Nativity Early Learning Center, a nursery and a plethora of opportunities for community participation to feed the needs of the people of God.

Nativity has now grown to a population of 950 families and is finding itself outgrowing our building space. We look forward to expanding our building to a new worship center to accommodate 1000 seats and more space of ministries, clubs, education and gatherings.

Nativity is an engaged community who welcomes everyone to worship. You are invited to celebrate God in your life with us!